But, my dog had other plans. 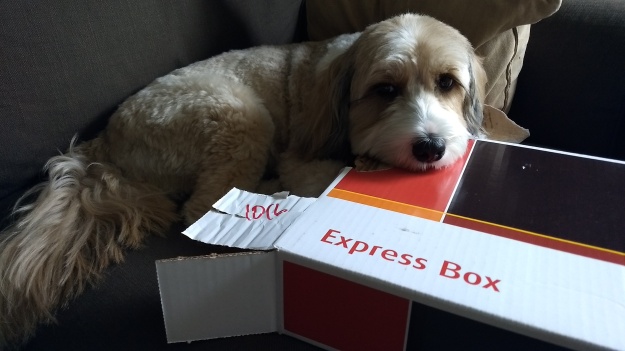 He might be cute, but he’s a weapon of mass insomnia under all that fuzz.

I don’t know what he got into this weekend, but the poor guy was up all night with, lets just say, “gastrointestinal distress.”  He got us up every hour to go outside (or to not quite make it outside).  So gross and frustrating!!

And he did the same thing on Saturday night, too!  Of course, during the day, he’s been acting perfectly fine- no GI issues, acting normally, eating his normal dinner, and happy to bark at passers-by and go on walks. So who knows what’s going on!

Maybe he picked up a bug, or maybe he ate something he shouldn’t have (that’s probably it- he’s got a bad habit of that, but then again he’s a dog).  If he doesn’t recover soon (or goes off his food/gets lethargic) we’ll head over to the vet, but fingers crossed, we won’t have to!

He’s ridiculous, and I need a nap!