Please indulge me for a minute while I get sappy.

It’s my prerogative, after all, to get sappy when my BABY TURNS ONE! This is ridiculous. He can’t be one!  I still only half-believe that I have a baby at all.

It seems like yesterday he was just a tiny little nugget, wearing his tiny Captain Picard sweater.  But he grew (and is still growing) so fast, he barely fit into it a month after he was born. (Pro Tip: never actually make the “newborn” size for babies.  They fit for about fifteen minutes.) 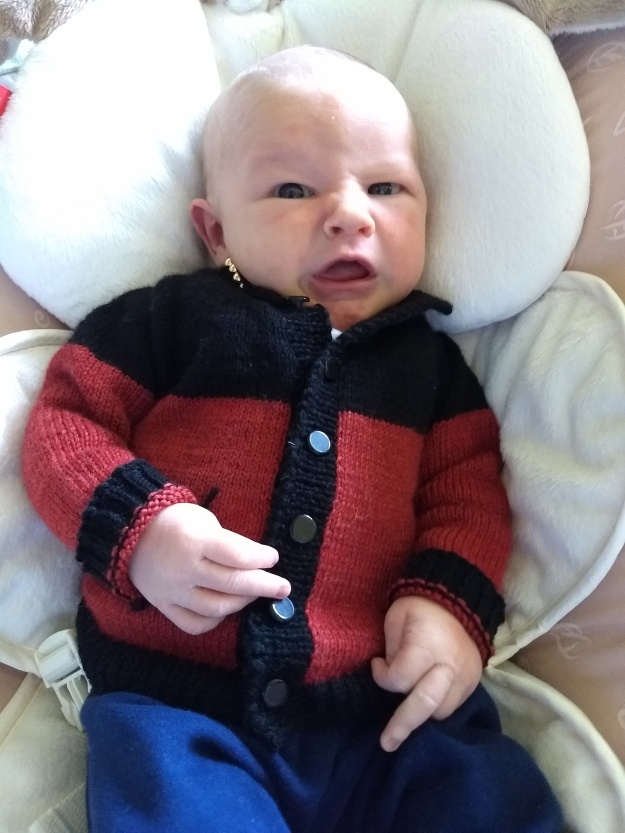 He put up with my ridiculous knitwear designs and questionable color choices.  (Although, to be fair, I put this sweater on him the other day, and while it’s still not the best sweater I’ve ever made, it’s much less ridiculous now that it kind of fits.) 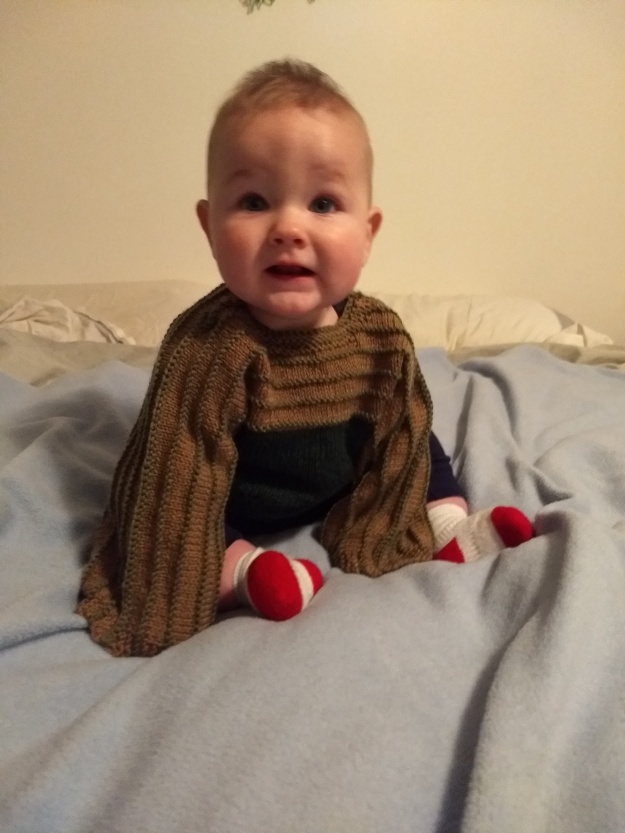 He posed for Christmas pictures with my Arne and Carlos Christmas balls (which he was a big fan of).  And look at that poofy hair!  I miss that hair.  It’s gotten too long to stand up on its own now. 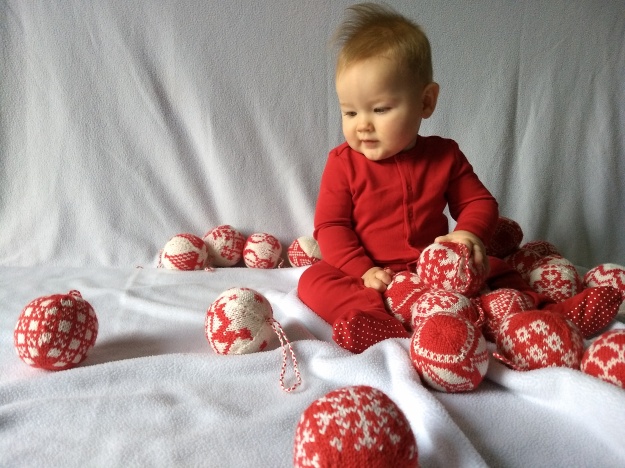 He got over his dislike of hats (most of the time).  He’ll even happily wear his hat if it means going out to our favorite diner for pancakes.

He wore the heck out of this adorable little fair isle sweater while he learned to crawl.  It’s a little small on him now- it’s hard getting it over his GIGANTIC HEAD, but it fits well enough once it’s on, so I only break it out when we’re both in the mood for a wrestling match.

And now he’s ready to go on adventures!  (Ollie is less than enthused about adventures.  He’d rather be comfy at home .)

It’s been a crazy year of knitting (and not knitting).  The boy is definitely cutting into my knitting-and-blogging time, but I don’t mind (most of the time).  I can’t believe we’re already a year in!  It seems like just yesterday I was wrestling him into his first sweater.

(Thanks for bearing with me.  And, don’t worry, I’ll be back to my regularly-scheduled knitting programming next week!)