Are you guys watching the new season of The Crown on Netflix? You know me, I’m a sucker for a costume drama- especially one about a royal family that wears a lot of fancy clothes (especially a lot of sweaters).

This season opens with Queen Elizabeth and Prince Philip (though I think he’s still “just” a duke at this point) in the midst of a big fight, like a if-we-weren’t-royalty-we’d-be-getting-a-divorce-right-now fight.  It turns out that Philip is being a big baby about having to play second fiddle to his wife who is literally the Queen of England.  Maybe this is just because I’m a dumb American living in 2017, but Philip’s whole argument is just a bunch of misogynistic whining in my ears.

Anyway, after the fight, there’s a big flashback where Philip goes off on a “tour of the colonies” (blech) that really turns out to be a big 5-month long bachelor party with all sorts of unsuspecting women in the south Pacific (double blech).  Near the end of his tour, his ship visits Antarctica, and he spends a lot of time brooding around the ship, being grumpy that his wife might know what he’s been up to.

While I don’t love Philip, I gotta say, I do love his Antarctican brooding sweater. 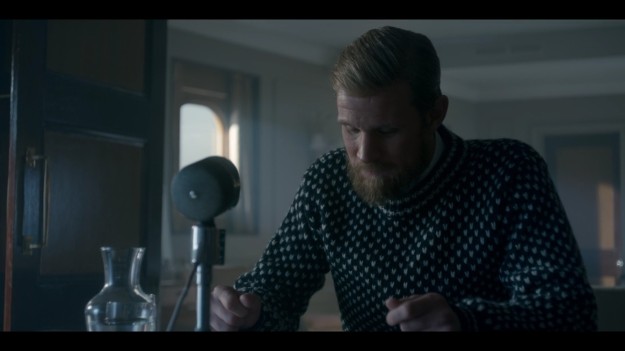 It’s a crew-neck pullover with set-in sleeves worked in bulky navy blue with white accents.  It might even have been thrummed, but it’s hard to say.  I like the subtle naval stripes around the collar and cuffs, and the simple over-all pattern.

I’d wear the heck out of that sweater.

Now, I couldn’t find a pattern that exactly matched Philip’s sweater, but you could easily modify a simple sweater pattern if you wanted to make your own.

This sweater has the same feel, if not the same design.  Its all-over rib and raglan shoulders really evoke an old-school sailor feel.  You could use a white-and-navy marled yarn for a similar look to Philip’s sweater. This sweater would be a great starting point for making your own Philip sweater. It’s the right shape, and has the right shoulders and neckline.  If you worked the yoke in stockinette, and added in some stranded knitting to make the “snowflakes” on Philip’s sweater, you’d get pretty dang close.

If you really wanted to embrace the whole “Antarctica” thing, you could even thrum your sweater (though that might be too much- I’ve never actually seen a thrummed sweater).  Thrumming adds an insane layer of warmth and thickness to garments, and is usually saved for accessories like these super-cozy mittens. 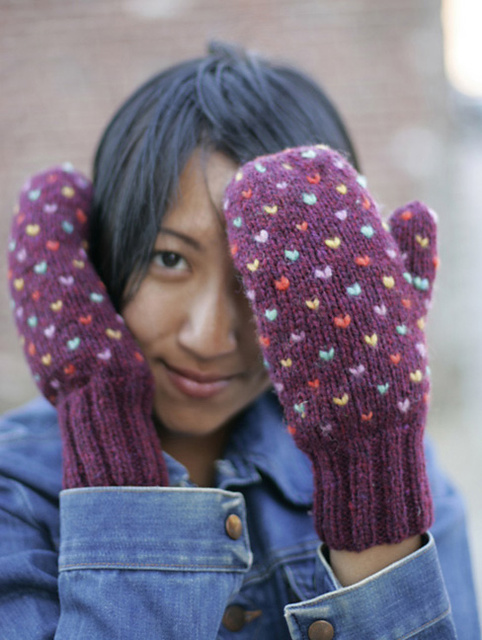 Have you been watching anything good lately?