Phew!  It’s getting hot out here!

It’s been bouncing between the upper-60s and the mid-80s here in Seattle lately.  It’s been sunny and clear and dry.  I’ve had the windows open and the furnace turned off for over a week.  And, I’m down to only wearing sweaters first thing in the morning.  That means only one thing:  Summer’s just about here.

It’s hot, and I’ve become a total PNW weenie about the heat.  It gets over 70 degrees, and I start to whine, over 75 and I stop going outside if I can avoid it.  (The version of me that lived in Austin for three years is disgusted with current me… that version wouldn’t even think of breaking out the shorts until it was approaching 100.  That version of me was a little bit dumb, I think.)

Ollie totally agrees.  He’s been spending his days sunning himself out on the deck until he starts to pant too much, then trots inside and to sprawl out on the cool tile floor and drink from the toilet, even though he has a nice big bowl of fresh water… you’ve got to keep an eye on him.  He’s crafty (and a little gross).  He’s not a fan of hot weather either. 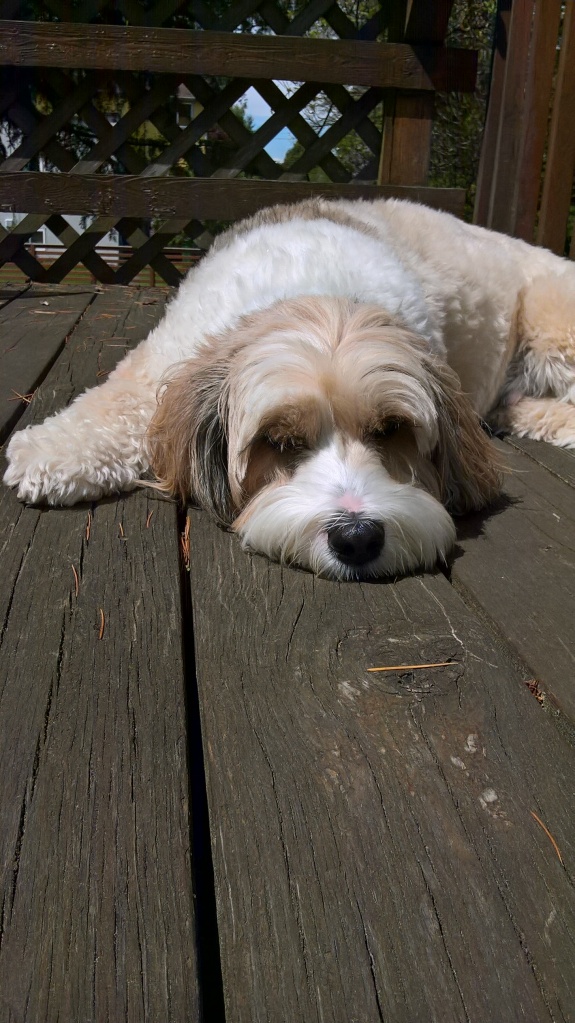 But, as hot as it is in the sun, it’s actually been kind of nice in the shade.   If only there was a way to take the shade with you…

I like the simplicity of this one, it would definitely provide plenty of protection from the sun.

This one is too cute for words- don’t you just love the stripes? 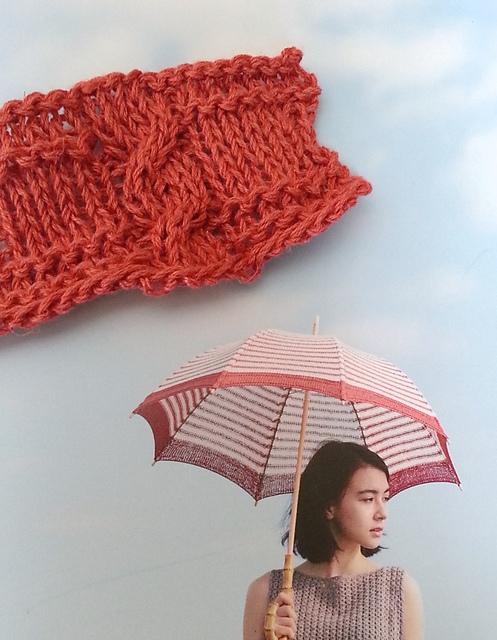 And this one is just gorgeous!  Unfortunately I think all that lace would take me until the end of summer before I finished.  But then I could have it for next summer… 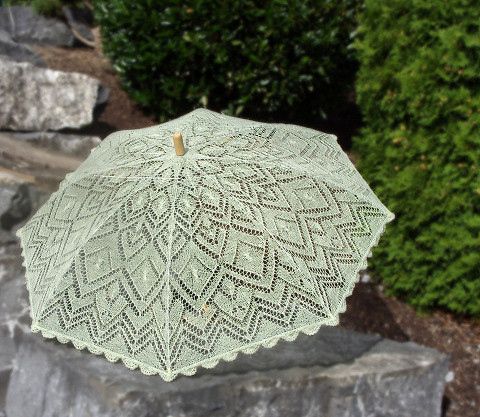 Or, I suppose Ollie and I could just drink some water, stay in the shade and stop being weenies about the heat.

What do you do to keep cool in the summer?