5 years ago this week, my husband and I threw an awesome party in a city park in Austin.  It was pretty great.  There was a swing band, a margarita machine, a taco bar and peacocks running around (because why not?).

Oh, and we got married. 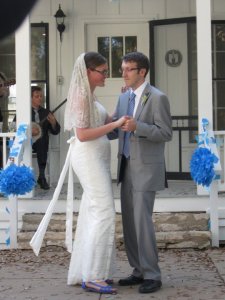 It was probably one of the best days of my life.  We had friends and family come in from across the country (and overseas) and we had the best time ever.  It was a great big fun party, and the best part was that I was married to my best friend at the end of it.

(Ew, gross.  Sorry.  I figured I should say something sappy for my fifth anniversary, since that’s kind of a big deal.  But who wants to hear this stuff? No one…  Let’s talk about yarn instead.)

I love the complicated-looking cables on this hat.  Very cool.

The last thing I need to make myself is another over-sized pullover, but this one is so pretty, I might have to make an exception.  The subtle tree-branch cables are gorgeous! 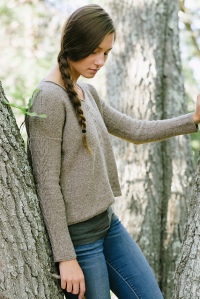 This gorgeous blanket would be fantastic over the back of a leather wing-back chair beside a fireplace in a cabin high up in the Cascades.  Or, on my Ikea couch, next to my TV.  One or the other.

Happy Anniversary, Tristan!  I love you!  Here’s to many more happy years together!  (Sorry, everyone. I’m done with the mushy stuff. Promise!)

Are you married?  How long?  What was your last “traditional” anniversary present?