I, like everyone else in America, am a huge fan of Downton Abbey.  If you’re not watching it, you are missing out.  Sure, it’s basically just a soap opera, but it’s on PBS, it’s vaguely historical, and they speak in posh British accents, so it feels like you’re watching something with a little more substance than your average soap.  Also, Maggie Smith as the Dowager Countess is pretty much the best thing in the history of TV. Just saying.

Unfortunately, while the costumes are historically accurate (and gorgeous) there is a definate lack of yarn-related garments.  I’ve been on the lookout for a scarf, a sweater, or a pair of socks since the first episode, and frankly have come up almost entirely empty.  There was one episode where they played cricket and wore sweaters, but that was it (and not terribly exciting).

That was, until last night, when the under-cook Daisy rocked this crocheted hat when she went to go visit with her father-in-law. 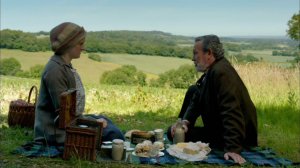 It’s an odd sort of a hat, to be honest, but she looks adorable in it.  (But Daisy is adorable no matter what, so that could be part of it).  It’s somewhere between a beret, a cloche and a potato sack. 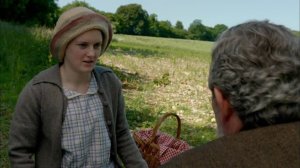 I like to imagine her sitting in her dormitory, working on her hat in the few moments she would have to herself between meals. 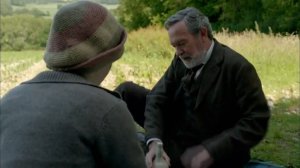 If you want to make yourself a daisy-inspired crochet hat, try one of these patterns: 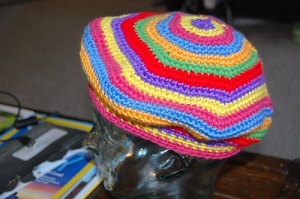 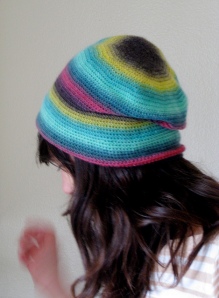