I just started watching The League recently.  And it’s kind of hilarious.

At it’s core, it’s a comedy in the vein of Seinfeld or It’s Always Sunny in Philadelphia.  It’s a group of friends that hang out a lot and are generally terrible people and do terrible things to one another.  It’s a little bro-y, with lots of guy jokes, but it’s still entertaining if you don’t mind that sort of thing.

Anyhoo, I finally made it to season 4, where this happened:

The gag is that one of the characters (in a long-running joke) has the worst taste in clothes of anyone ever in the history of the world.  The rest of the gang is trying to get on his good side, so they let him take them shopping.  And, well, that leads to these fantastic outfits.

Then, in one of my favorite lines in the show, one of the characters asks Kevin (in the blue shirt) “Where’s the rest of your turtleneck?” when he sees his new scarf.  Which I think is hilarious.

Now, I don’t recommend wearing a cowl scarf like Kevin’s with that outfit.  But I kind of want to make one for myself.  If you want to make a sweater-less turtleneck of your own, try one of these cozy patterns. 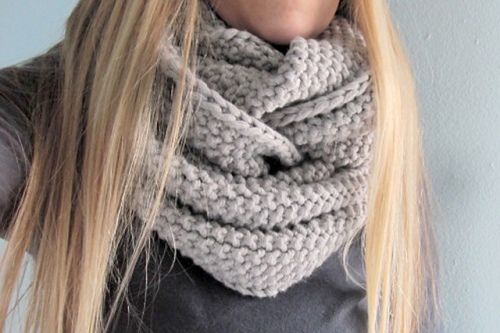 My Kind of Town Cowl by Trish Woodson 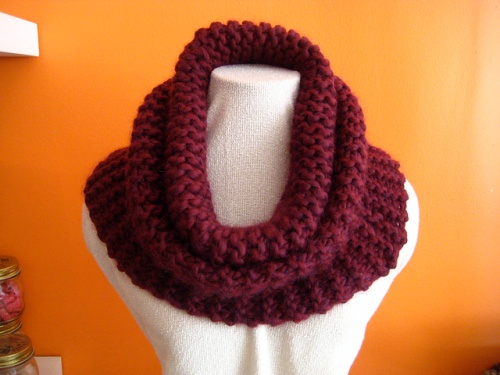 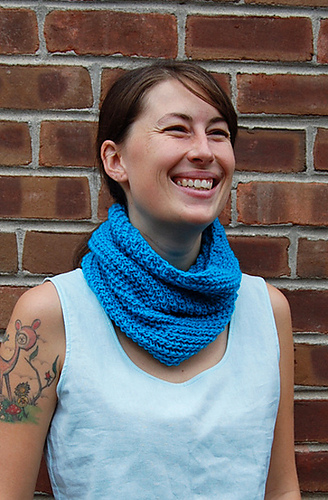 3 thoughts on “Inspiration: The League”